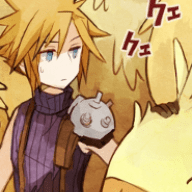 It's been no news for a long time now, but I suppose that's not a bad thing, but not a good thing either.

Bleach is getting an art exhibit in December, so because My Hero Academia also got an art exhibit to coincide with its 5th season starting, it looks like a December winter release is probably the best we can hope for. Though most series that start in the winter season start in January, there are rare cases with bigger series like Attack on Titan starting in December, so maybe that can happen with Bleach.

There just hasn't been enough info yet for a fall season release I think, so winter is most likely, with the exhibit happening also. They really cutting that 2021 release date as close as possible.
Last edited: Jun 6, 2021

This is indeed a long wait. But we already waited a very long time until we reached this point. I can wait a bit longer.

In order to have a good quality product, maybe additional time is needed. Maybe there are also certain ongoing negotiations that take their time.

We are not there yet but I am confident that we will get there. And it will be great!
E

they won't back out now right?