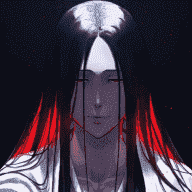 The last post in the Naruto Manga and Anime "sub-forum" was made in 2017. I think it's better to replace it with one of the newer manga while archiving it in Anime and Manga General "sub-forum".

The other thing is to facilitate/open more "sections" or "sub-forums" for other popular manga at the moment and making it known that you've done so through a banner on the front page (though you might need some one who can create banners for this I suppose and I don't know if you have someone who can do that).

The forum, to be blunt, seems dead at the moment and has been for a while (discounting the spike in activity during the release of one shot). This may change when the anime starts airing and is likely to change especially if there is going to be a Hell arc drawn by Kubo (and it does seem like there's going to be one) and serialized in Jump or whichever magazine. But I think, to retain activity in the community, it's good to promote/facilitate more manga sections, since, once Bleach ends again this community is going to be dead.

Also, running some events to keep the community engaged is probably not a bad idea.

Thank you for your suggestions, Frosty!

When it comes to manga, I am pretty much a Bleach only reader. I am not the best person to look at other manga series. Maybe someone who has a broader interest can mention what current new manga material could be worth a special section.

But I had a look into the general manga section. It is very, very quiet over there and I don't see any need to open sections of any titles that are not being dealt with by posters in general manga. General manga has been used as a starting point and special sections are being considered if people are using general manga for it. Or, of course, if it is material by Tite Kubo.

One Piece, Naruto (including Boruto) and Fairy Tale are big series and my guess is, this is why they are listed separately no matter that these are quiet places as well.

What "events" do you have in mind BA could "run"?

BA has always been a good place for gathering and discussing Bleach news. Hopefully we will get more very soon. There will be more "Burn the Witch". When it comes to Bleach manga, I definitely hope for more but we will see.

I feel a bit like being in a desert sometimes, waiting for another burst of rain. And each time it rains, I am refreshed and ready to wait until October - October, for now.

I think people don't post in certain threads due to the inactivity that is already present. It's like "why bother posting when there's no one to discuss the manga with".

To determine which manga should have it's own section here in BA we can have a poll in which members here would vote for the manga sections they would like to post in. This poll should be taken when there's noticeable activity on the site of course (like when the manga and/or anime returns). A poll may not even be needed of course since with more activity on the site members might naturally also start posting in other manga threads/creating the manga threads to post in as well. Though I feel with a poll you might have a better idea of which sections to open. As for how to conduct this poll, you could have a thread with manga sections suggested by the members and you could make a poll with those manga suggestions that were nominated by the community members. Each member would get to vote for more than one manga series, say, 3 maybe and depending on the popularity of the manga among the members of this site (determined by the number of votes each series gets), the manga sections could be opened accordingly.

As for events, we could have an event where we celebrate Bleach when the anime (and manga returns). We would have several categories such as "Best Protagonist", "Best Antagonist", "Coolest Moment" and the like. Members make their nominations in a nomination round, describe why they think that the character they voted for makes for a great protagonist/antagonist or maybe why the moment is cool for them in the appropriate threads which are opened after the nomination round and vote. Depending on the votes someone/some moment wins for the Bleach celebration event that is hosted that year. If the manga does infact return, we could host another event where we host a Bleach event again given that there would be a new cast, new plot and new moments. The same could be done for Burn the Witch and the manga which are popular among the members of the site. I've seen that events like these are hosted by some manga forum sites.

We could also have events on "Antagonists", "Protagonists" across manga in general (that is, it is not limited to Bleach), films, western comics or any other medium. We could also have a "Treasure Hunt" event of sorts, every few years or whichever frequency you think would be apt. I'm not sure about the details for this event, you could have a post created in between posts that were already made in the past and the hosts would create the hints required to find the treasure that's hidden among the posts. This is probably poorly thought out and others might have a better idea on how the game would be played.
You must log in or register to reply here.
Share:
Facebook Twitter Reddit Pinterest Tumblr WhatsApp Email Share Link
Top