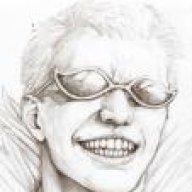 We watched that Winnie The Pooh Bear movie the other day and it?s a great movie in my opinion.

The lack of appearances from characters such as Rabbit are somewhat underwhelming however most of the characterization is true to the characters. There is also that I love movies with some traditional settings and storytellings and it is also a hilarious movie. Live action disney movies adds yet another classic. It makes it more exciting for other disney movies. Great productions in that movie. Like with basically every disney movie. 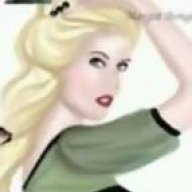 So i saw hotel transylvania 3 and it was good. I liked the songs especially the ending one# it totally kicked ass but i wont spoil it. I give it an 9 outta 10

We watched that equalizer movie the other day and it's a pretty good movie in my opinion.

That first of the movies is superior with superior action. However the production of the second movie is intriguing.

We watched that Alpha movie the other day and it is a pretty good movie in my opinion.

Movies with a focus on cultures are intriguing and the characters in that movie are likable. The species of wolves and dogs are some of my favorite species so I like how the stories are about how those species and humans became acquainted and also the production is good.

We saw the meg and i would give it a seven or an eight i mean i was entertain even though it was far fetch on some points but i enjoyed the cgi and u know its another shark movie. I have seen so many but i liked this one compare to the b movies i have viewed

It was very humorous with alot of MCU/DCU and Pop Culture references as well and there was not a moment I was not laughing, it was a very good movie and I would really watch it again tbh.

We watched that megaladon movie the other day and it's a good movie in my opinion.

A movie that is somewhat cheesy like a scifi movie with some good humor however obviously with superior production. Those are also intriguing creatures so I do like movies that involve those sharks.

We watched that peppermint movie the other day and it's a good movie in my opinion.

It would make more sense for the detective to be the one who is teaming up with the main character and allowing her to get revenge as opposed to being an antagonist. I'm not a huge fan of a lot of the characters however the main characters are likable and the action in that movie is good.

So i saw the nun two days ago amd i must say it was fucking scary. For anyone whose familiar with james wan work with the annabelle and the conjuring films its exactly like those films in respect to special effects being great and the timing for scare scenes to be spot on. Even though i knew what to expect (to be scared basically) i still jumped in surprise so anyways good plot and i say easily an 9 outta ten. Its good (in my opinion) perfect scare for halloween

We saw that predator movie the other day and it's a good movie in my opinion.

The cheesiness of that movie with strange strategies from the protagonists characters and above average acting refrains that movie from being a pretty good movie however it is intriguing storytelling and good action. Not the most impressive predator movie however not too shabby of a movie.