In This Ep Of Boruto,

Sai is like The Anime Sherlock Holmes in Boruto lol.
It looks Kakashi has a new style of lightning It's Purple, It looks kind of like Sasuke's Susanoo lol

Also Naruto Said He was going to end in one shot, then Kakashi & the rest said The Nue Beast Can Absorb Chakra , Then Naruto Went back to Normal Naruto, He was in Nine Tail Beast Mode Before He switched back

I think Boruto's Eye Transported the Nue, because Nue could have transported like at the beginning/middle of the fight, like when The Purple Barrier/Barrier, Kakashi's Stone Wall.

Also It looks like they - Boruto, Nue, & Sumire transported to an outerspace or somewhere intergalatic lol.
Imagine Next Ep (My Theory) : Toneri Otsutsuki Shows Up To Save Boruto against the Nue Beast Or Maybe Toneri is on Nue & Sumire's Side, but I wish Toneri Is On Boruto's Side 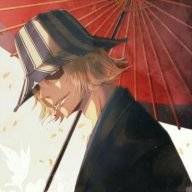 This series is going all with spirits, dimension and space travel and shit. I can understand why Noriyuki Abe(Director of the Bleach anime) is working on this.

I really wonder what Toneri's role is gonna be in this series?
Is he gonna show up with the fight against the Ootsusukis during the Chuunin exams?