Discussion of Rule regarding Pairing discussion 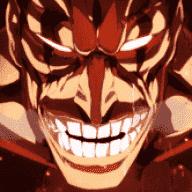 
I'd like to bring something to the admin's attention currently. I want to update/amend the rules to allow for Pairing discussions to happen anywhere on the forum, not just in a Pairing FC. Let me lay out my argument below and you can collaborate and address:

1. Discussing Pairings is currently not against forum rules:

Unless cited somewhere else in the Rules Thread of the forum, nowhere in there does it say that Pairings can only be discussed in a Pairing FC, yet that's the reason we're getting from the current admin teams when they're brought up. But I don't see anything stipulating a ban/order about how to propose or discuss pairings. In fact, the only mention of pairings in that thread is:

21. No harsh character/pairing bashing in posts/sig’s/av’s. You may discuss characters' flaws, but please be sensible and constructive.
Click to expand...

2. The reason for why Pairings are not publicly discussed is summed up as follows:

If I maycite the most recent post by Serei55 about the Pairing Discussion, but this is the one we get from B.Haddrell as well quite often.


Serei55 said:
I don't think any type of pairing small or what discussion should be discussed here but in its appropriate fan club. It will only turn into an ugly debate or argument here.
Click to expand...

3. The forum has a drastically reduced fandom

Where this rule may have been applicable at peak forum times in its heyday due to large amounts of people that are harder to monitor by the team, or by statistically having personalities that engage in heated arguments, our forum has now dwindled significantly. I don't think the current memberbase here will engage in the harsh debates which we project to happen, and if so, there should be nothing that the current admin team can't simply shut down or deal with appropriately given the activity level.


4. Kubo has made canon pairings

One of the reasonings for the taboo of pairings in Bleach (And other various comparable Shounen Manga) is that they are often very coy with their relationships, and are purposely not romantic comics. And so discussion as such is up to interpretation of the fans. But now that Bleach has ended, we have a couple confirmed canon pairings and so the precedent that characters can be in relationships is now established within the manga.

5. As an olive branch, at least amend the rules to allow the TC to stipulate if they want to allow pairing discussion

The reason why I posted this in the first place is because a recent thread I created about "Fan Canon" theories and ideas allowed subtle discussion about pairings. I can understand if perhaps it isn't suddenly allowed completely forum-wide, but even in a thread like that there's been mention of it to be discussed with discretion. I can't see why specific threads can't be allowed to have their own rules about what topics can or can't be discussed.

Hopefully this came across as constructive! 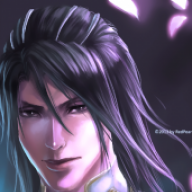 Well the reason why I said what I said is because "not everyone" can talk about pairings and remain civil. I perhaps might need to go back and read the rules about "pairing" conversations. However, the main decision rests upon Belias and Unicorn regarding having "shipping conversations" throughout the entire forum. If you look back in WDKALY thread there were some heated conversations. Another thing, while some might be happy with the canon couple others are not. Either way it's up to the admins. I am not sure in what context are you wanting to discuss pairings in the thread about post-manga theories??? Are you trying to prove the canon pair?? Or is it in some other context.

I went into the pairing aspect in the novel thread and sometimes elsewhere but I am always very cautious when I do. As Seirei55 said, a lot of people are unable to discuss pairings in a civil, sensible manner. Where to draw the line between what is acceptable and what isn't is also in some cases a matter of personal opinion.

That the forum is smaller now doesn't mean that there is no potential problem any more. Roughly, I draw the line between factual discussion of pairings and the emotional side. If it gets emotional, I usually step in, asking people to continue the discussion in a pairing FC.

I think that it should be allowed to discuss pairings in general and not exclusively in their respective Fan Clubs - as long as the discussion remains polite and no character/pairing bashing happens. I can enjoy reading or writing about pairings or even certain "fan made shippings" (or, speculative shippings to put it that way), as long as neither participant in said discussion is resorting to harsh words. The forum activity has dwindled, so it should be easier to moderate any discussion that shows risks of getting heated over time.

It is a touchy subject, but it should also be relatively easy for moderation now. B. Haddrell's approach to only step in, offer an advice and eventually pause/stop too emotional discussions seems to be a good one. 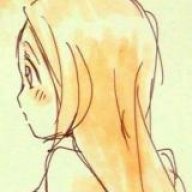 It's funny I found that thread now because I just had that problem in the novel thread. I wanted to reply something pairing related but then felt it might upset some people and just reffered to my opinion about it in the IchiHime thread. Bleach has a lot of 'hinted' things and symbolism so it's hard sometimes to state my opinion as a fact. It gave me that impression while reading but maybe that's all wrong for someone else.
Also personally I think if the novel is about a wedding, it's ok for RenRuki fans to express their happiness in the novel thread. I think there's nothing wrong with it as long as you respect other people's opinions too.

Yes, one of the basic rules in BA is posting with courtesy. This is a discussion board and, of course, opinions vary. But this is also as it should be. A good discussion is a give and take, also thinking about new ideas and different perspectives you haven't before. This includes to walk away when you disagree and a further discussion would not gain anything.

Seirei55 said:
If you look back in WDKALY thread there were some heated conversations.
Click to expand...

As Seirei55 said, a lot of people are unable to discuss pairings in a civil, sensible manner.
Click to expand...

Fortunately, and this might be due to the current standard, I don't think I've ever seen the animosity first hand that these debates can cause. Don't get me wrong, they clearly have the potential, as you've both cited. But I think lots of things about Bleach does. Heck, anything related to anybody who's a fan can. I think back to the Power Level debates, and even Chapter Discussion, where people gave their opinions on things but were met with pushbak and offense. And in all those cases we default to the rules of respect and either temporarily halt discussion, get it back on topic, or deal with people who are multiple offenders.

Given that there's nothing morally, socially, or ethically wrong with pairing characters together I can't see why the same rule can't be applied to the topic equally.

I am not sure in what context are you wanting to discuss pairings in the thread about post-manga theories??? Are you trying to prove the canon pair?? Or is it in some other context.
Click to expand...

Well the idea of the discussion isn't all about theories. It might be a backstory you had for someone, or a Bankai you think someone has, etc etc. And in one case, I'll give you an example, the "head canon" theories about the fates of certain people in the Bleach universe and how they live out their lives. My specific example, Isshin isn't seen once in the conclusion of the series. And so to me, in my head canon, I like to think that he moved out of the house, let Ichigo take over the sisters and family duties, and Isshin is finally "free" to live his life now in a way that he didn't have a chance to due to the White incident. One of those ways in which he lives his life, I like to think, is that he and Unagiya were able to kindle a relationship together and he ends up moving in with her and running the business. That's a pairing I like to have in my head related to something unsaid in the manga, and as such I would've posted it there. But according to the current stance on things I can't post that in my thread.


That the forum is smaller now doesn't mean that there is no potential problem any more. Roughly, I draw the line between factual discussion of pairings and the emotional side. If it gets emotional, I usually step in, asking people to continue the discussion in a pairing FC
Click to expand...

The angle I was going for with that is more.... statistical... than that haha. What I mean is, let's say out of 30 people, 1 is irrationally angry about pairings related to their characters, to the point that it breaks forum rules. Well, when you have a forum of 300 people, then you'll have 10 people who get into really heated debates. But now, with the forum size being smaller, if we have what.....30 active posters? Statistically there would be less personalities that can't handle that kind of discussion. That was the implication I was going for.

I'm glad everybody responded so well so far. It's not the biggest deal in the world, but now that the series has ended and there's no more material for us to really discuss, I feel like pairings and fates of certain characters would be one of the more popular things to discuss. Since it's all we really have left.

Thanks for clarifying it for me; I don't think it will be a problem in discussing pairings since they are doing it anyway.