Cacharlesmen12 said:
Sorry I'm new and I don´t know how this forum works. Besides, I don't speak English, I'm learning, so please excuse me if I do some mistakes. I have a question, where can I read all the CFYOW novels? Thank you.
Click to expand...

Don't worry, your English is good. I wish you all the best with learning this language.

We are not allowed to share links towards unofficial translations since VIZ is releasing the books: https://www.viz.com/read/novel/bleach-can-t-fear-your-own-world/all

I think I can say that MissStormCaller worked on it over at Tumblr and scheneizel worked on it on Bleach Reddit, so you can look these up yourself.

Anyone who can should buy the books from the official source.
C

Polgarena said:
Don't worry, your English is good. I wish you all the best with learning this language.

We are not allowed to share links towards unofficial translations since VIZ is releasing the books: https://www.viz.com/read/novel/bleach-can-t-fear-your-own-world/all

I think I can say that MissStormCaller worked on it over at Tumblr and scheneizel worked on it on Bleach Reddit, so you can look these up yourself.

Anyone who can should buy the books from the official source.
Click to expand...

Thank you so much, I'm going to search for it because I really want to read this novel by myself. 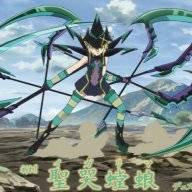 B. Haddrell said:
Yes, this is the page count of the last page in my English book.

I haven't read much so far. I am still not fully recovered from Covid 19. Also, my motivation has suffered quite a bit. I wasn't already that much of a fan when I read the fan translations. The official translation confirmed the mindset Shunsui showed towards Mayuri, his Army of the Dead and Yamamoto's history of decision making I find unacceptable. I used to like Shunsui but my fondness of that character has suffered a lot.

And - no surprise there - Viz used the word "Vollsterndich" again.
Click to expand...

Well that sucks to hear. Hope you get better from the Covid 19.

Thank you, Moves like Jaeger I am still struggling and am now on antibiotics. I haven't been here for a few days but I try to be around.

The fan translations are very good and I am very grateful for all the work that went into them. Nevertheless, I want to add my appeal again to buy the originals if you can - this is the best way to support more official Bleach translations for the future. Also, there is the possibility to ask for these books as a present .

I got book III of "Can't Fear Your Own World" yesterday.

The author's notes in the book are simply lovely. I have to share them:

Bleach original creator.
A mangaka who got a dog for the first time at the beginning of spring.
A man who hadn't had any interest in animals whatsoever and had once thought, "Why do people with pets have phones filled with pictures of their pets and want to show off those pictures at every possible opportunity?" until he also got a pet for the first time and immediately ended up with a phone full of photos of his pet and spends his day battling the desire to show off those pictures to other people and has an iron will that stops that desire.
Dogs are great!!

Bleach novelization author number two.
A simple novelist who loves videos of animals and is easily healed by watching footage of hedgehogs and such.
A snake-loving man who would love wrapping pythons around his neck at the zoo and always wanted to get a pet snake someday, but never had the confidence to care for living animals to begin with and has the will of tofu.
Snakes are great!!

I love animals too. Although we have a big pleque fish that grew from a tiny baby to a size we never imagined. By now Max has the fish tank for nearly him- or herself.